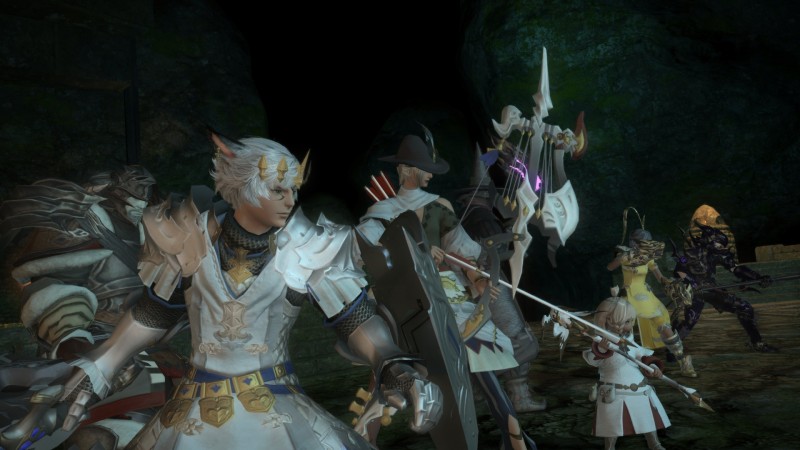 FINAL FANTASY® XIV: A Realm Reborn™ is a massively multiplayer online role-playing game (MMORPG) for Windows® PC, PlayStation®3 and PlayStation®4 that invites you to explore the realm of Eorzea with friends from around the world. Form a party and adventure with a multitude of players from across the globe. Forge friendships, mount chocobos, and board airships as you and your companions create your own unique stories in Eorzea. Set out alone or enlist the aid of friends as you undertake epic quests, battle familiar FINAL FANTASY monsters, and acquire unique abilities and equipment. All the classic elements from the series that you have come to know and love are waiting! Embark on the adventure of a lifetime to help reforge the fate of Eorzea on PC or PS3.

Eorzea. A Land embraced by Gods and forged by Heroes. Seeking control of this realm and its abundant crystal resources, the Garlean Empire sends forth a massive host on a campaign to conquer its southern neighbor. Driven by madness, the commander of the invading forces silently plots to tear the moon from the heavens and hurl it down upon the land. The people of the realm soon learn of this foul scheme, and join their hands in prayer in an eleventh-hour attempt to entreat the aid of the gods, only to see their endeavors fail. From within the moon emerges Bahamut, an ancient terror seething with rage fueled by countless generations of imprisonment. Sensing the tug of Fate, a powerful magus channels the last of his strength to send Eorzea’s heroes into a temporal rift. There they wait, untouched by the flames of destruction, until they are needed again. Those heroes are you, and the hour of awakening is now. Come and witness a realm reborn.

The world of Final Fantasy XIV: A Realm Reborn is set to expand next year with its first major update, Heavensward, with brand new  job class, new enemies and more!

After four long years, adventurers will finally be able to go to Ishgard.

The Dragonsong War, the 1000 year war between Ishgard and Dravania. We’ll see how you, the Warriors of Light are involved in the war and if you can help it come to an end.

The Wyrmking vs Thordan and his Knights Twelve, the King and his Dragoons who were teased to be the Knights of the Round.

All other trademarks are the properties of their respective owners.

This product requires the base game FINAL FANTASY® XIV: A Realm Reborn™ EU on Square Enix site in order to play. This product can be activated only in Europe.
24,35€
Buy

1. Go to the MogStation.

4. Select Enter the Registration Code for the Expansion option.