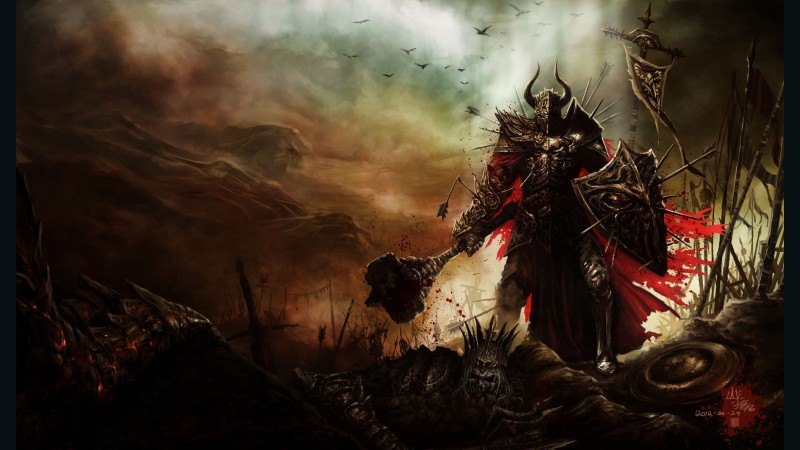 Evil is in its prime

Twenty years have passed since the Prime Evils were defeated and banished from the world of Sanctuary. Now, you must return to where it all began – the town of Tristram – and investigate rumors of a fallen star, for this is the first sign of evil’s rebirth, and an omen that the End Times have begun.

Shake the earth, blast your enemies with fire and ice, summon otherworldly minions and much more as you wield the powers of your heroic birthright.

Lay waste to legions of evil throughout randomized, 3D environments. Face innumerable demonic villains, uncover quests in new locations, and claim different loot every time you play. No two games are ever the same.

From the fabled spires of Caldeum to the besieged walls of Bastion’s Keep, the mortal world has fallen under the corrupting influence of infernal powers. Aid in Sanctuary’s defense as it teeters on the brink of demonic annihilation.

Collect a dizzying array of treasures as you defeat the minions of Diablo. Equip, upgrade, and craft powerful weapons and armor as you grow into a legendary hero of Sanctuary.

Fight alongside your friends

Take on the demonic horde with up to three other friends on Battle.net®, Blizzard’s free online gaming service. Scale the difficulty (and the correspondingly better loot) to as much as you can handle.

Note: FileVault and FileVault 2 are not supported for installation at this time.

This product requires a free Steam account to play. This product CAN NOT be activated in Japan.
OUT OF STOCK

This product requires a free Battle.net account to play.    This product can be activated only in Europe.
14,53€
Buy

This product requires a free Steam account to play.
10,48€
Buy