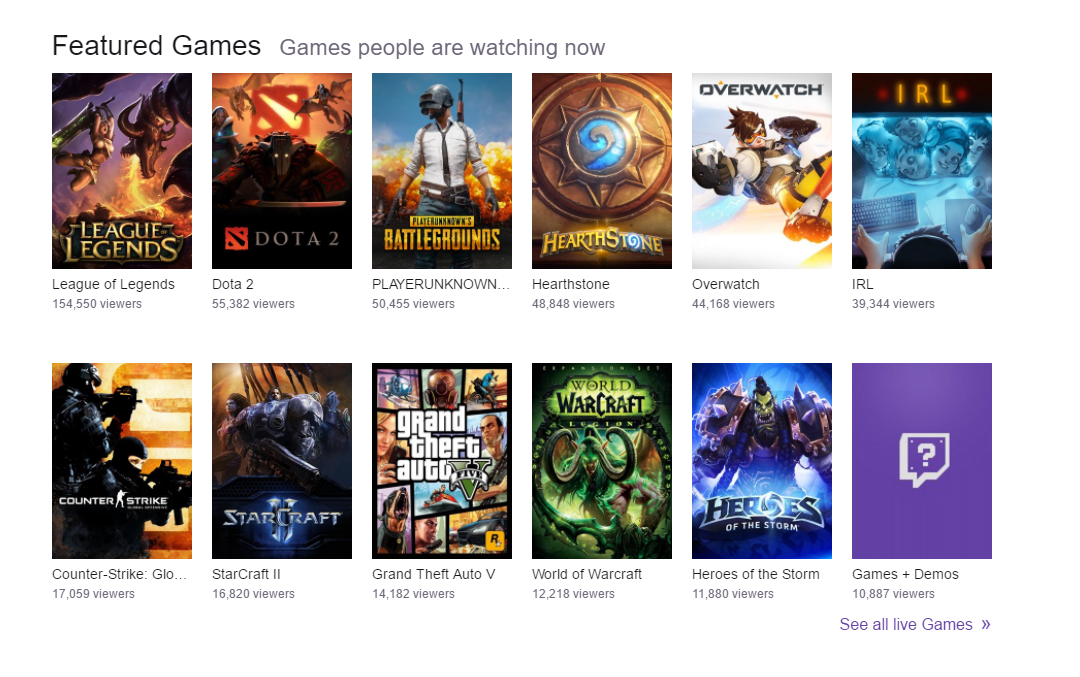 “Let’s Play” grew big at the same time that Minecraft came into the scene. Large numbers of digital personalities and Internet celebrities raked in subscribers and ad money by recording their playthroughs and gaming sessions and posting it over YouTube. At this time, the Justin.tv offshoot site was also introduced giving more ways for gamers to share their content.

In the year 2017, the gap between Twitch and YouTube is growing larger by the second. This is not solely on their monetization scheme or business models, but rather, the audience and the content creators they serve and host respectively. Both of the video streaming sites are now more of a compliment to each other rather than rivals.

It was actually the eighth generation of home video game consoles that further enabled Twitch’s prominence in the gaming community. The previous and prolonged generation of the PlayStation 3, the Xbox One, and the Nintendo Wii were not really equipped with streaming even though the first two hardware was able to add streaming options later on in its life. A third-party hardware was needed for streamers to connect to Twitch and broadcast their sessions. The price for admission is relatively expensive and requires further technical maneuvers. The PlayStation 4 and the Xbox One families of consoles have baked-in Twitch support with the Nintendo Switch promising to have one later on its life. With all these facts, the traditional gaming platforms do respect Twitch’s reach even compared to the juggernaut that is YouTube.

YouTube’s size is a double-edged sword. Its gigantic reach can either pull more subscribers or just drown the streamer out of obscurity because of massive competition within the same industry and even from those which are of absolute no relation. There are too many things going on in YouTube like YouTube Red, ever-changing policies, DMCA takedowns, and other forms of witch-hunts made for the satisfaction of the advertisers and into the demise of both the audience and the content creators.

YouTube being part of the Google machine makes the content posted there to have the best exposure. Even casual gaming audience might be drawn into the channel because of the suggestion system. YouTube is indeed a rabbit hole as it automatically queues content of similar content next to the viewed one, aside from the possible appearance on the right side-bar. Even if the visitor was just playing one particular video from the content creator’s channel, the lingering effect lives on as the Google algorithm will continue to put the channel’s content in the suggestions.

Points For / Against Twitch

Twitch is a video game streaming website, and that helps a lot since your target audience is already there waiting to be served. However, the discovery system of Twitch is absent. Those who have audience will continue to be the top dogs. It is a little bit of difficult for a starter to jump into the line even with great content because searching in Twitch favors those who are established already. The search system does not take into account anything but the name of the game.

Twitch does well with its own community. Streamers will likely have a meaningful conversation with his or her audience because right off the bat they share the same interests. The revenue share model of Twitch is also less draconian and more transparent than YouTube could ever be. There is a subscription system, donation system through Paypal or Patreon that augment the income of the channel, as well as a kind of affiliate system with Twitch’s own storefront. Twitch is also little bit lax on policing content with lesser take down notices.

Twitch should be a starter’s destination when one wants to be a video game content creator. It builds up an audience from a concentrated base that are technologically savvy enough to follow him or her down into YouTube if the content creator decides to expand. Every internet marketing guru would advise on going after your niche first before grabbing everyone. Fortify the grip on dedicated audience and expand when ready and able.